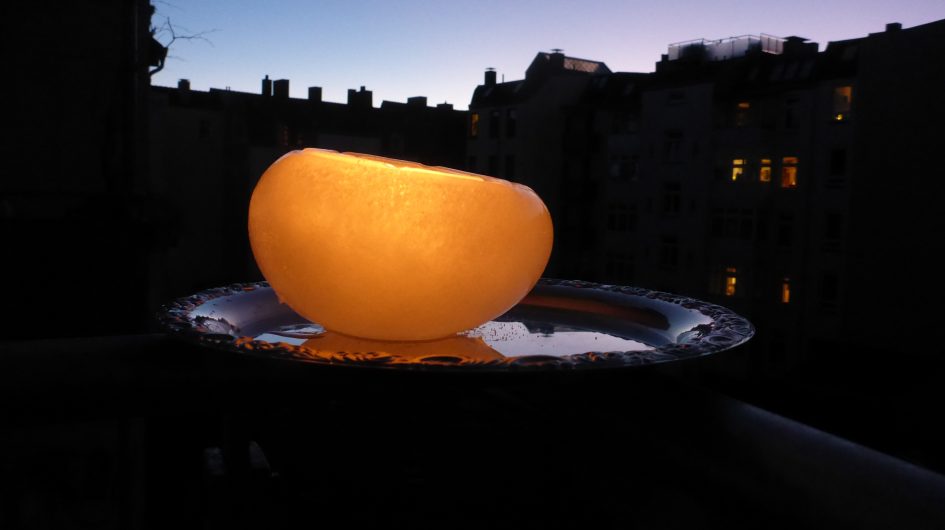 Sorting out old or wrong size condoms is my annual New Years resolutions. Just trowing them away makes me feel bad, but using them as a contraception is inacceptable! And now?

It is winter, time of the year for candles and ice. With ballons you can create ice lights, why not with condoms was my idea. I tried it and I’m amazed about the outcome! 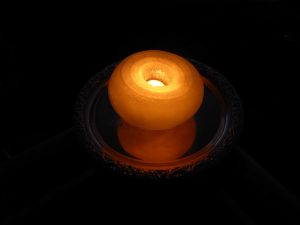 The light glows wonderful and warm, you can’t see it on the picture, but the cracks inside the ice create a beautiful facet of winter magic.

There are different ways to built ice lights, I tried two and this one is more effort but also lasts longer.

First of all it takes old or wrong size condoms, I rinsed my two wisely, so that the lubricant came off. I don’t want this giant water bomb slipp off my hands inside the house… *imagine-the-scene* Than you’ll need a litte bit of water pressure to mage the condom expand while filling it with about 1.5L of water. At the end just let the air out and tie a knot. 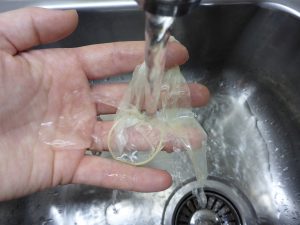 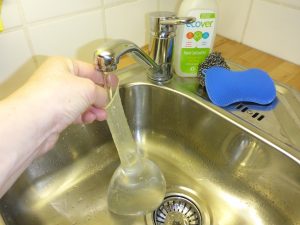 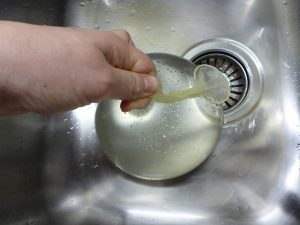 I dried both condoms, since witer is in late this year, to make sure not so much water goes into my freezer. 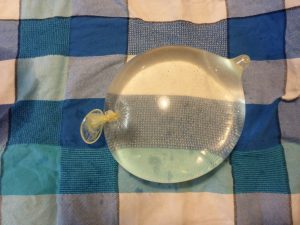 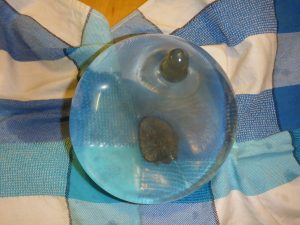 I left the condoms in the freezer until they where frozen all the way and had to wait an other week because the temerature here raised so much in Kiel we barely needed a jacket, I wouldn’t like ice lights anyways. But now it’s freezing again! 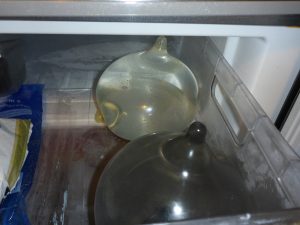 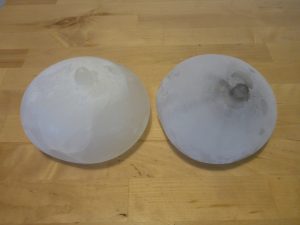 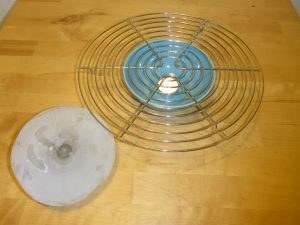 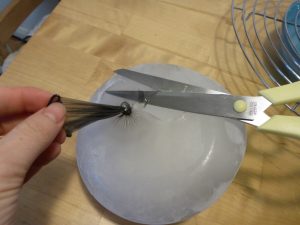 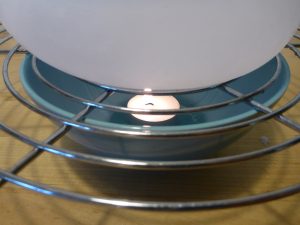 Watch out that the candle doesn’t float away, you want a nice hole in the center. As soon as the tea candle fits in to the middle of the ice ball it’s done. My ball came into the freezer until it dawned and the temerature dropped to take pictures. 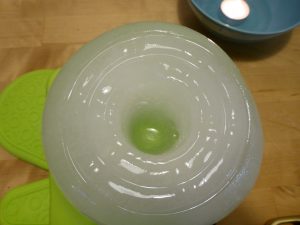 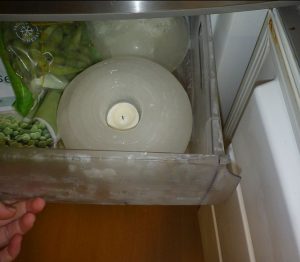 After where you want to place it, it might be useful to put a pinch of salt at the spot and to flaten the ice ball at one side. The salt will have some ice melt, but will create a strong binding to the base or a nice flat bottom. Now it only takes some fire and the winter magic will operate. 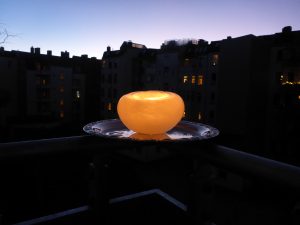 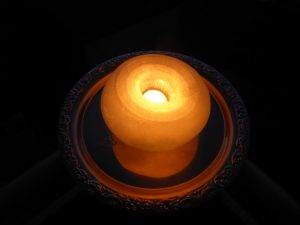 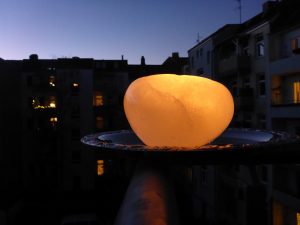 Enjoy your winter weekend,
your Julia